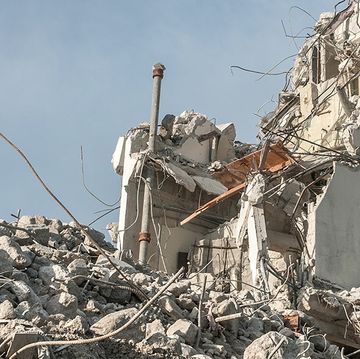 LONDON, UK—Deadly virus mutations, record hurricanes, historic wildfires, and a beached cargo ship: Though unexpected, all were known business risks that would have been worse if complicated by yet another surprise—a serious earthquake.

The ever-present risk of earthquakes, which on average causes nearly US$40 billion in direct economic loss every year, is why FM Global, one of the world’s largest commercial property insurers, today released the world’s most comprehensive global earthquake risk map.

Online and interactive, the FM Global Worldwide Earthquake Map is an essential tool to help business executives improve the resilience of their global supply chains – a bigger priority than ever. At no cost, executives can use the map to plan, site, assess and manage their global operations.

Most earthquake hazard maps show only the expected ground shaking for a fixed return time. The FM Global Worldwide Earthquake Map differs markedly: it directly incorporates soil effects and building structural performance to map the return times of ground motions that will damage weak buildings. This allows organisations to consistently compare earthquake risk across the globe.

“The majority of global businesses have locations, suppliers, or customers in earthquake zones but lack a complete picture of the risk,” said Brion Callori, senior vice president and manager, engineering and research at FM Global. “To business leaders, the seismology of an earthquake is less salient than the property damage and business disruption that can result. Our clients’ business resilience is the focus of this map.”

In China, a hazard model jointly developed by FM Global and the China Earthquake Administration is used, and in the United States, a new hazard model by the U.S. Geological Survey is utilised.

The map also incorporates soil data, which helps determine shaking levels at a resolution of one square kilometre or less. In addition, the map integrates refined thresholds for structural vulnerability to account for varying building quality and contents around the world.

The FM Global Worldwide Earthquake Map is a layer in the company’s omnibus natural hazards map, which also displays climate risks such as flood and hail. Regions fall into zones based on the return periods of damaging ground motion: every 50 years, 100 years, 250 years, 500 years and >500 years.

Based on the new map, some regions of the world will see above-average movement to higher risk zones, including:

Established nearly 200 years ago, FM Global is a mutual insurance company whose capital, scientific research capability, and engineering expertise are dedicated solely to property risk management and the resilience of its client-owners. These owners, who share the belief that the majority of property loss is preventable, represent many of the world’s largest organisations, including one of every three Fortune 1000 companies. They work with FM Global to better understand the hazards that can impact their business continuity in order to make cost-effective risk management decisions, combining property loss prevention with insurance protection.